“Ritual is the way you carry the presence of the sacred. Ritual is the spark that must not go out.”
–Christina Baldwin
On the recommendation of the poker player I most respect, I picked up Zen in the Art of Archery, by Eugen Herrigel, a first-hand account of a Westerner’s experience with Zen. Lederer discusses how the book helped him improve as a poker player by changing the way he thinks about the game.
In the book, the author talks about the long journey from beginner to expert archer, and the many transformations that he undergoes in order to achieve mastery (of both himself and archery). The mark of an expert is his lack of purpose: an expert does not try to hit the target, but his mind and body somehow “know” how to hit the target without a goal or purpose.
This idea brought me back to the only thing I feel I ever became an expert in: a single offensive position on the football field (tight end). After 18 years of practice, running around on the football field seemed just as normal to me as driving a car. But it took many years and many repetitions to get to the point where the body seemed to go beyond conscious effort. One savvy coach’s way of explaining the concept of purposelessness described above was by saying “you’re trying too hard.”
At first, his advice didn’t make sense– shouldn’t 100% effort result in playing the best a player possibly could? But the more I thought about it, the more I realized what he was saying– a relaxed, controlled player who lets his instincts and “muscle-memory” guide him will outperform one who tries to consciously dictate his play. 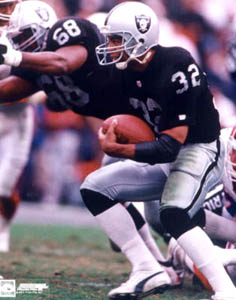 But enough about Zen and football. The real purpose of this post is to offer up the best poker advice I’ve ever given in this poker blog. It’s a simple piece of advice, one that I discovered last week in the middle of a session where everything was going right. Before that great session, I’d had a few sessions where I’d gotten off to terrible starts, and then slowly battled my way back to even after a few hours.
I realized that in those “comeback” sessions, I’d started out lacking focus (a long day of work can prevent concentration at the table). The losses at the beginning of the session had woken me up, forcing me to concentrate and play my best poker in order to “catch up.” But in the session where everything went right, I made a conscious effort to quiet my mind and concentrate on poker and poker only.
The advice is so simple that it seems obvious, but it is something I haven’t been making a conscious effort of doing:
Expert play requires expert mental preparation.
Lack of mental preparation does not allow one’s mind to settle into the state of purposelessness concentration required to make expert plays. On the football field, every practice and every game began with the same routine: after putting on the same pads the same way, and performing the same stretches and warm-ups every time, the mind became accustomed to the ritual of preparation, and began to settle into concentration mode.
Herrigel recounts the advice of his master:
“When you come to the lessons in the future, you must collect yourselves on your way here. Focus your minds on what happens in the practice-hall. Walk past everything without noticing it, as if there were only one thing in the world that is important and real, and that is archery!”
The method of preparation doesn’t matter much– it’s the routine that counts. One of the strangest things I encountered in all my years of football was the variety of different routines that players had for their pre-game ceremonies. Personally, I liked to sit quietly and visualize plays that I’d made in the past. But there were some bizarre rituals that my teammates went through before every game, including:

The point is that all of these pre-game rituals helped the player to mentally prepare for the state of concentration required to play their best game. The one thing these rituals had in common was that they represented an activity that signalled the mind to shut out all of the surrounding distractions and focus on what was important– the upcoming task.
Barry Greenstein also knows the value of mental preparation in Ace on the River:
“I put myself on a schedule. I would sleep until 5 p.m., go to the cardroom at 6, and play until the club closed at 2 a.m. I won consistently and thought it must be because I was the best player. But that wasn’t the reason. I was playing against people who had worked all day and had a few drinks to relax. Meanwhile, I was resting and training for the event. I didn’t know the difference until I got a job and tried to play after working all day. I was a basket case. On that trip to California, I didn’t win because I was a better player. I won because of my preparation.”
If you take one piece of advice from anything I’ve written here, let it be this simple sentence:
Expert play requires expert mental preparation.
If you’re serious about poker, I suggest you develop a “pre-game ritual” that allows you to focus all of your attention and energy on playing your best poker. Close down the instant messengers, email programs, and web-browsers, and do something that settles your mind into the concentrated state required to make the best poker plays that you can.