“Our doubts are traitors, and make us lose the good we oft might win by fearing to attempt.” 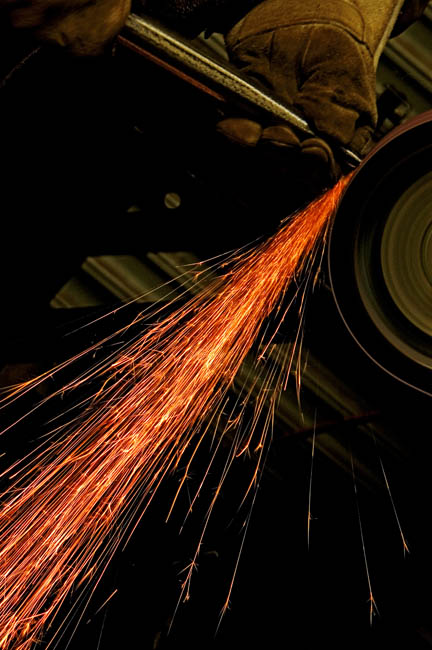 Once again, it’s been forever since I last posted. The last couple months have been a tough grind as my compadres and I at the best online poker site out there have been camping out at the office. It’s been a bit of a dark period for me, as it’s the only time in my life that I can remember where I’ve directed my focus to a single activity– my job. I like what I do, but there is definitely a hole left by my lack of activity in other things that I’m passionate about.

Luckily I’ve been able to take a step back recently and work my way back to the poker tables. It took me a few sessions to shake the rust off my game, but I think I’m back in the swing of things. The focus required at the tables was good medicine for my work-addled mind, and I was reminded just how complicated Hold ‘Em can be. The online games are slightly tougher than they were a couple months ago, but there is still plenty of EV to be theoretically pocketed. The local live games are better than ever– in a 4 hour session at the Hustler last night, a regular Joe gambler at my table made 100 big bets. He had so many racks stacked up on the table that he actually could hide behind them when someone tried to get a read on him.

Since I haven’t been actually playing much poker in the last couple months, but have been surrounded by the game in one way or another, I’ve developed a strange perception of the game. My job requires that I spend a lot more time looking at poker players from the inside, so sitting down at the tables affords me the chance to look at the game from the outside. I guess it’s been somewhat like reading a lot of poker books and learning about the odds and mechanics of the game, and then finally sitting down at the table to apply them. Watching the patterns of the online poker world for any prolonged period of time gives you a new perspective when you participate in one of the single data points that composes the pattern.

When I thought about how I might package up these observations in a blog post, I was reminded of one of my favorite posts of all time. Back in 1999, a couple of sharp young hold ’em players were challenging conventional wisdom, frequently battling well-known poker academics and winning. Abdul Jalib and Izmet Fekali used computers, courage, and humor to change the way that people thought about hold ’em.

When I was first learning how to play, I came across something that Izmet had written that I felt captured the spirit of the winning hold ’em player, as well as some great rules for a poker player to live by. This post should be read by every poker player planning on playing poker on a regular basis. The post is fittingly called, “Learning To Win.”

***
Here are some of Izmet’s words of wisdom that have resonated with me:

On Book Learning:
But, the best material BY FAR can be found in past rec.gambling.poker archives. Go to www.dejanews.com and take it from there. Some rgp posters are pretty smart, some are blissful morons, it’s up to you to figure out who is who. By doing this, the game will soon start making sense to you. Make your own conclusions, build your own strategy. Listen to everyone. Trust no one. Read rgp FAQ, it’s a good starting point for finding more information.

On Fundamentals:
Play, play, play. When starting out, play a solid straightforward game, do not waste time with bluffs, slowplays, banks, good laydowns. Do not let them push you off your hand if you started good. Fight. Fight with raises, not calls. Learn when to run. When there’s a good (but not 100%) chance of holding the best hand, throw your chips at opponents like there’s no tomorrow. Aim for the forehead with a solid swing. Let them fear you.

On thinking at the table:
When raised, stop, think, reevaluate. A raise is an incoming message. What is the sender trying to communicate? Does he have something to say or has he just pressed a wrong button at the wrong time? Bets and calls are often automatic, not so with raises. When in doubt, fold. If you like winning, you’ll have to do lots of folding. Flee and live to tell.

On reading players:
Try to know your players. The correct poker move at any point is a function of the opponents. What are their tendencies, what are their motives, what are their habits? Who is the best player at the table? Who are the suckers? Who is having fun? Who is losing? Who is the village idiot? Who seems always to flip over a solid hand at the showdown? Who hit a gutshot-gutshot straight on the river? Who will you run from, who can you run over?

On motivation:
Examine your motives for playing. Some people play for money, some for fun, some for the excitement, some for the punishment. These are all valid reasons to play poker. Respect the losers, they have their own reasons for playing. They are usually getting what they need from the game. It’s OK to be a loser if that is what you need (I’m not speaking with tongue-in-cheek here, this is a fact. Self punishment is the underlying reason for most weird behavior in life). If so, be a loser in moderation.

On Bankroll:
Build a bankroll. Treat it as a funny money. Have enough to withstand challenges of fate. Do not spend the winnings. After a while, if the game is good to you, buy yourself something out of the bankroll. A shiny gambler’s watch maybe. A little token of pride. A mark of achievement. You will feel good about yourself, that’s never a bad thing.

On one long session:
Be comfortable at the tables at all times. If not, leave. The game of poker never breaks it just suspends for a moment. You can return whenever you are ready again. Take a fresh start. Maybe a kiss from a woman in love is all you need to come back with a vengeance. There are no blinds to worry about when away from the tables.

In tribute to Izmet and an attempt to capture the subtle discoveries I’ve made in the last few months, here is my advice on how you can beat the game.