Why do Germans Love David Hasselhoff?

“So it’s more than life, I try to shed some light on a man
Not many people of this planet understand”
–Kid Cudi

WARNING: These observations are based on my subjective experiences and tendencies to surround
myself with relatively strange people. So if you are a Berliner, feel free to flame away in the comments section.

A Toast to Toast
Despite their stereotypical love for good engineering, Germans do not like “gadgets”. The German appreciation for quality engineering applies to cars and other large machines, but when it comes to electronic appliances in the home, gadgets are frowned upon and seemingly viewed as “low class.”  The most obvious example of this is the disdain of the toaster by your average German.

I don’t have any hard data, but I would guess that the percentage of households that own toasters
in Germany is probably less than half of what it is in the US. I grew up eating toast every morning for breakfast every day, and was shocked and awed by the seeming ignorance of the goodness of toast in this country of 82 million people. Where were the toasters? 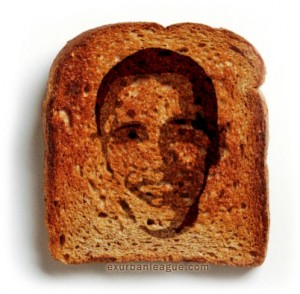 When I got to Berlin, I was subletting an apartment and was frustrated by the lack of kitchen appliances in my humble abode. No toaster, no blender, no coffee maker. I thought nothing of it at first, but whenever I ventured out and managed to infiltrate a German kitchen, I found myself looking around at what appliances were present. Investigations in a few kitchens resulted in the discovery of many elaborate coffee and tea makers, but no toasters. Was there a general anti-toaster sentiment or was my sample of kitchens just unusually anti-toast?

Whenever I am confused about something German, I consult my personal oracle of German culture, my sister. Her long-time boyfriend of is Berlin born and bred, and she’s been living here for a year, so she has a better idea than I do of what is going on here. So one night when I was at her place (which she shares with her boyfriend), I asked why nobody seemed to have a toaster. Her boyfriend explained that the belief here is that you really only toast bread that is not fresh. Most Germans go to the store and buy food every day, rather than once a week like your average American. Fresh bread is purchased and eaten every day, and anything less would be uncivilized. So not only is making toast looked down upon in “proper” German families, having a toaster is a signal to anyone in your kitchen that you are a poor and classless toastmaker.

I mentioned this to a friend from Orange County and her toast to toast was just to good not to include: “It’s a staple of our normal breakfast. Toasting the bread makes anything you spread on it stay near the top and no soak into the bread and make it soggy. It’s also crispy and just fucking good toasted!” And I don’t even like food! But in this blogger’s opinion, all you Berliners should reevaluate your anti-toast (antito?) stance.

Who let the Dogs out?
I like dogs and don’t have an issue with the German love for dogs, but when you’re sitting in a cabin on a train and someone trots in a dog on a leash that starts nuzzling your leg, it can be a bit shocking for an American. Dogs on the subway. Dogs in restaurants. Dogs everywhere. Germans love dogs, and basically wherever there are people, there are dogs. What does this mean?  I have no idea really, but I think it’s interesting. It also means you have to watch your step on the sidewalk.

Just to show you that I did my due diligence and tried to figure this one out, check out the “Google Instant” suggestions for possible completions to the phrase “why do germans love…”

Hipsters
I suppose this is the case in any major world city, but there are a TON of hipsters in Berlin.The definition for hipster seems to be difficult to nail down, but in the absence of a good one, we’re off to Wikipedia:

“Hipster is a slang term that first appeared in the 1940s, and was revived in the 1990s and 2000s to describe types of young, recently settled urban middle class adults and older teenagers with interests in non-mainstream fashion and culture, particularly indie rock, independent film, magazines such as Vice and Clash, and websites like Pitchfork Media.” 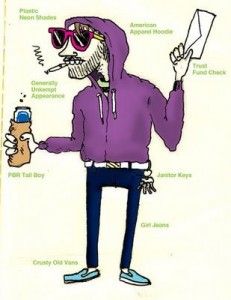 I recently moved from the Berlin Ghetto to the capitol of Berlin hipsterism, and I can’t walk down the street without being amused by the fashion here.  The amount of conformity to non-conformity that you see here is awesome. Although I applaud the hipsters’ effort to divorce themselves from society, there seems to be a few common hipster themes that provide the basic template, and only minor deviations from the norm are allowed. The phrase “trying too hard” seems to come to mind, but I do appreciate the effort in creating a visually interesting style that is both entertaining and cool. This morning I walked behind a guy with gold lame boots and long underwear on and didn’t think anything was out of the ordinary. At least 25% of all guys in this neighborhood wear leggings and ugg boots… I’m the weirdo dressing like a regular American dude from the late 90s, wearing jeans and Nikes. I feel so punk! 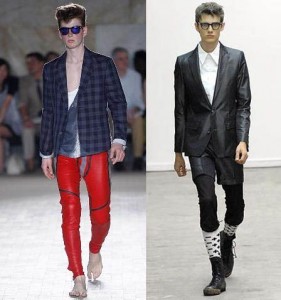 Say what you want about hipsters, the visual entertainment you get walking around gives me a similar feel that I get when I watch some of my favorite youtube clips.  That’s a bit harsh, but it’s hard to legitimately get that clip into a post…

Oh, and Hipster Hitler is pretty funny too.  Being a dickhead is cool! (Thanks K) 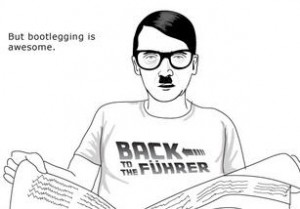 On the other hand, a friend came to visit me here who had never been outside of the States. One of the most interesting comments he made was, “It seems like people here can dress the way they want and act the way they want and they are still accepted. In the States if you looked like some of these people, nobody would take you seriously.” You are encouraged to “be yourself” here in Berlin, and non-conformity is more common (and more encouraged) than conformity.

Hating on Americans
So it’s really not cool to be an American in Berlin. I was never really cool, but walking around as a proud American, I feel like a leper here. This morning at breakfast, despite my attempts at reading a book, meditation, or anything to ignore it — I ended up overhearing a pretentious American dissing my homeland while I ate my American-style blueberry pancakes. I could go on for a long time about the European attitude towards Americans, but it’s just too complex and annoying. Instead I offer some of the choice quotes from my painful breakfast. At least I can thank this guy for reminding me to never forget my headphones again.

“Do you know that 5% of Americans claim that they’ve seen a UFO?”
“China is going to show the Americans that capitalism CAN work in a communist country!”
“Enough about the resistance to Google in the East — I want to talk about Zombie films.” 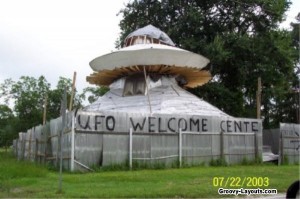 Anti-American sentiments are common. I am annoyed when I hear them, but I get it. There are a lot of Americans here, and a lot of tourists who default to the English language, so there is a lot of English spoken wherever you go. I heard a lot of Spanish in LA, and it didn’t bother me, but English seems more prevalent here. I understand the resistance to American cultural imperialism. Forget about war, TV and film is easily the strongest army in the Western world. Really the only American haters that bother me are those who sell out their country and their upbringing to curry favor with native Berliners. I mean, they are here, they left America, so maybe I should expect expats to openly trash their motherland. But I am a proud American, and although my country of birth has a lot of problems, I still love her, and most European countries watch the TV shows and movies she creates. So you can openly hate on USA, but then go home and watch the sitcoms and films about the lifestyle that is uniquely American.  I think when the history students are writing their dissertations in 2020, Hollywood productions and American web innovations (like Google and Facebook) will be unveiled as bigger influences on the world than people currently realize.